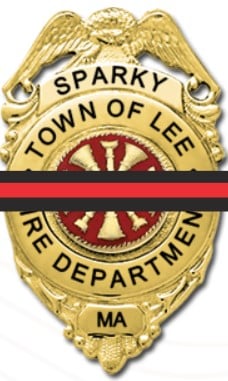 Alan “Mickey” Sparks, 74, former Chief of the Lee Fire Department, died peacefully at Berkshire Medical Center, with his family by his side, from a brief battle with cancer.

He was born on July 4, 1946, the son of Everett and Marcia Andrews Sparks.  He was a lifelong resident of Lee, graduating from Lee High School in 1965 and shortly after graduation he entered the US Army and served in Vietnam.  Returning from his service, he joined the Lee Police Department until 1978 when he started his own business, Lee Painting Company.  He also worked for many years at the MJ Kelly Funeral Home in Lee and at the time of his death he was employed as the custodian at the Lee Public Library.

Sparky was appointed to the Lee Fire Department on April 15, 1968, through over 50 years of service, he rose to the rank of Deputy Chief and in 2011 he was appointed as Chief of the Department until his retirement on February 20, 2017.

Mickey is survived by his wife, the former Cathie Kelly, whom he celebrated their 25th wedding anniversary on March 17th of this year.  He is also survived by his daughters; Bethany Kelly and her husband Michael of Lee and Megan Consolati and her husband Michael of North Bend, WA; his son Todd Sparks and his wife Maricarmen of Chula Vista, CA; his grandchildren: Ashley, Brianna and Shaelynn Kelly, Mathew Consolati, Kolton Sparks, Maya and Michael Gutierrez; his brother:  Retired Col. Gordon Sparks and his wife Shirley of New Smyrna Beach, FL and his sister Deborah Holmes and her husband Richard of Pittsfield, MA;  He is also survived by his former wife, Susan Sparks as well as many nieces, nephews, sisters and brothers- in- law.

Alan is predeceased by a sister, Susan Neales Bernardo and a brother, Eric E. Sparks.

A Liturgy of Christian Burial will be held on Tuesday, April 20th at 11 AM at St. Mary’s Church in Lee.  Burial will follow in St. Mary’s Cemetery.  Visiting hours will be on Monday from 4-6 PM at the Kelly Funeral Home in Lee.

Face masks and social distancing will be required for the Visiting Hours.  We ask that people enter through the Main Street entrance in the front of the building and exit through our parking lot door.

Alan’s family would like to thank the BMC Hematology Oncology Department and especially Dr. Sean Mullally and his staff for their encouragement and caring during his treatments.

Friends wishing may make donations in Mickey’s memory to the Lee Library in c/o the Kelly Funeral Home   3 Main Street   Lee, MA   01238.  If you would like to leave a message of condolence or share pictures with the family, please visit our web site at www.kellyfuneralhome.net

To send flowers to the family or plant a tree in memory of Alan B. "Mickey" Sparks, please visit our floral store.