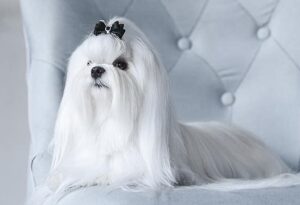 Andrea Jean Rock (nee Belanger) passed away peacefully in her home in Monrovia, Maryland on Sunday August 23, 2020. Andrea was born on January 27, 1942 in Great Barrington, Massachusetts and was the youngest daughter of Helen Margaret Dumouchel Belanger and Albert Andrew Belanger. She was predeceased by her brother David Belanger and her sister Madeline Seward (Bob). She is survived by her sisters Janet Rock (Henry) of Middlefield, MA and Mary Coty (Jack) of Lee, MA. She is also survived by her children Maria L. Rock of Marietta, GA, John R. Rock (Christie) of Summerfield NC, and Carina J. Rock of Monrovia, MD.  She leaves behind two grandchildren Christina and Gene. She was also the proud aunt to many nieces and nephews.

She attended St. Mary’s School in Lee, MA and graduated from Lee High School in 1960. She went on to earn her LPN working in St. Luke’s Hospital in Pittsfield and Cooley Dickenson Hospital in Northampton during the 1960s. In June of 1964, she was married at St. Mary’s Catholic Church in Lee to John Andrew Rock who predeceased her in 2000.

When their oldest daughter was diagnosed with autism, she and her husband became educational rights activists. They helped to create a mini-school for exceptional children so these special children could have their educational needs met. Along with other parents, they were able to successfully lobby government officials to create the Massachusetts law 766 that opened up the public education system for children with disabilities. This success was followed by additional efforts on behalf of individuals with special needs. She served on the board of the BCARC. After moving to Roswell, Georgia in the 1990s she worked with local parent groups to get housing and community residential services for disabled adults.  These groups lobbied successfully to reduce wait lists for individuals in need of community based residences.

While raising her children, she became a teaching aid and bus monitor for the Berkshire County Regional School system. After moving to Georgia, she worked in the cafeteria at Queen of Angels and Blessed Trinity H.S. in Roswell, GA. For the last decade of her career she worked with children in an aftercare program at Mary of Nazareth School in Darnestown, Maryland where she retired in February 2019.

She was also a committed animal lover throughout her life. She and her youngest daughter became involved in working with Maltese Breed Rescue and later became an active member of the American Maltese Association. She and her daughter raised and showed multiple Maltese AKC champions. She became well known ringside as she traveled with her daughter to dog shows and obedience and rally trials up and down the east coast making many more friends along the way.

Donations would be welcomed in support of those charities she gave her time and energy to throughout her life:  BCArc - bcarc.org/donate/  ; Special Needs Cobb (formerly Right in the Community) - donorbox.org/right-in-the-community ; American Maltese Association Rescue - www.americanmalteserescue.org/get_involved.html

A graveside service for Andrea Rock will be held on Tuesday, September 1st at 10 AM at St. Mary’s Cemetery on Spring Street in Lee, MA.  Visiting hours will be on Monday from 4-6 PM at the Kelly Funeral Home in Lee.

Face masks and social distancing will be required for the Visiting Hours.  We ask that people enter through the Main Street entrance in the front of the building and exit through our parking lot door.

To send flowers to the family or plant a tree in memory of Andrea Jean (Belanger) Rock, please visit our floral store.